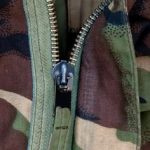 What is a Georgia Military Divorce?

Special Considerations for a Military Divorce in Camden County Georgia

When facing a divorce in Georgia, in general, the same federal and state laws governing civilian couples govern military couples.  However, there are several unique rules and complicated issues that apply to military divorces, such as:

Here are links to some of the Federal laws governing military divorce:

Start your Navy Divorce in Georgia

Scroll To Top
Schedule An Appointment
Make a Payment