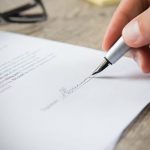 In an uncontested divorce, the settlement agreement is essential to indicate to the judge that your divorce is actually uncontested so the divorce can be granted without a trial.

Is a Divorce Settlement Agreement required before separation?

Is a Divorce Attorney required?

Technically, it is not required to have an attorney for the divorce process or during the writing a Divorce Settlement Agreement. But if you want to have a divorce settlement agreement that provides for your best interests while also being fair, you really need to hire your own experienced Georgia divorce attorney. This is especially true if your spouse has also hired a divorce attorney and is presenting you with a proposed Divorce Settlement Agreement.  You should have your own divorce attorney review the divorce papers on your behalf.  Your spouse’s attorney cannot give you legal advice or otherwise answer your questions.  An experienced divorce attorney can also provide many services that will make the uncontested divorce process faster and easier.  This includes coordinating with the court on your behalf and filing the documents necessary to avoid having to actually appear in court to obtain the final final decree of divorce.

One or Two Divorce Attorneys?

One attorney can handle an uncontested divorce.  But you both need to understand the relationship that the attorney has with you and your spouse.  You must also know that, technically, a Georgia divorce lawyer can only ethically represent one of you even in an uncontested divorce case.  The lawyer will only be able to advise one party confidentially and fully – and that person will be the attorney’s client. You and your spouse must know who the attorney is representing.

Can a Divorce Settlement Agreement be Changed?

Marital and Separate Property in the Divorce Settlement Agreement

However, if the property was acquired through inheritance or a gift from a third party, it is generally considered separate property even though it was acquired during the marriage. But, no matter when or how acquired, if real estate is later titled from one spouse to the other or both spouses, it will generally then be considered marital property. This is a fairly common, especially when the real property has been refinanced during the marriage.

If you are facing a divorce and have questions about the uncontested divorce process in Georgia, we recommend that you complete our Client Inquiry .  An attorney will respond to you by email.

Scroll To Top
Schedule An Appointment
Make a Payment